Interviewing Attorneys For Your Appeal (Part I): How To Ask About Cost And Get A Real Answer. 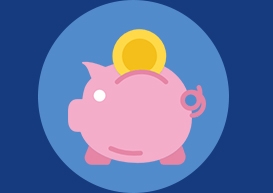 Potential clients often fail to ask the sorts of questions which would allow them to make a truly informed decision about an appellate attorney. I should know; I have fielded countless calls over the years from prospective clients. Let’s talk about one of the most often-asked questions that potential clients ask: How much does an appeal cost?

On the other hand, it is also reasonable for an attorney to avoid giving an exact figure. Abraham Lincoln famously said, “A lawyer’s time and advice are his stock in trade.” Attorneys make money by charging for their time. All appeals have too many variable factors at the beginning to project the exact amount of attorney time it will take. Without knowing the time requirements, an attorney cannot project the likely cost. That’s not to let the attorney off the hook from giving some real information about potential costs (more on that in a moment). First, a note of warning about the attorney who will give you an exact figure, i.e. “I’ll do it for $8500.”

Since the attorney cannot know how much time your case will take just from that opening phone call, an exact figure means one of a number of things, none of which are good:

A) He is so inexperienced that he doesn’t appreciate how much variability there is — he thinks “all criminal appeals are the basically the same,” for example;
B) He is so anxious to get your case that he hopes a low figure will make you sign, and then he’ll bill you for the extra later;
C) He figures that he will only do the work that makes that figure worthwhile to him. If he has to cut corners at the end so he doesn’t end up “working for free,” then he’ll do that.
D) He has given you a figure that he’s comfortable doing the work for, even without knowing how much work it will be — which probably means that he is padding the number to cover himself if it does become a high-hour case.

An experienced attorney will ask the potential client a number of questions that help him get a sense of the scope of the case. These questions include the following: how many days was the trial? How many exhibits, roughly, were admitted into evidence? Who handled your case for you at trial? These questions and more like them demonstrate that the attorney is trying to get the information he needs in order to give you a real idea of the potential costs. If the attorney isn’t asking as many questions as he is answering, he cannot possibly provide a meaningful quote.

Before I give a range of cost, I often pull up the billing records on a similar case that I’ve worked on. I tell the prospective client what that appeal cost, and explain what factors could have made the case more or less expensive. I also try to explain how the prospective client’s appeal appears to be more or less complicated than the example appeal. If an attorney has only done criminal appeals but never a commercial lease appeal, for example, his projected costs may be off the mark. Ask the attorney how they are calculating their projected costs. A meaningful answer should include a rough calculation of the billable hour requirements, multiplied by the attorney’s hourly rate (which, interestingly, clients almost NEVER ask about).

In sum, if an attorney gives you a projected cost after only speaking to you for 5 minutes, you can be almost certain that the number is questionable, that he doesn’t know what he is doing, or both.

Finally, a warning: is the attorney giving you a soup-to-nuts, life of the case estimate? Consider this hypothetical exchange:

The potential client may come away from that exchange believing that $6,000 will cover all or at least most of the costs. The attorney, however, has merely provided the figure he requires to get started. He has made no promises as to what percent of total cost the $6,000 represents.

If you are considering an appeal, then you are necessarily considering spending thousands of dollars. Take the time to make sure your money is well spent.